MarketCrest and Davis & Associates considered introducing online video marketing for the law firm. There were two variables that needed to be tested first:

1. Would animated video marketing resonate with their Immigration Law clientele?

2. Should the video be in Spanish or English…or should it be in both?

Would their clientele take the time to watch an immigration law animated video?

MarketCrest created a video to promote the law firm’s “free legal consultations on Saturdays” that would be used on the website and could be promoted on Facebook as well.

A Facebook test came first to answer the two main questions above. The video ads ran for the same amount of time, were on the same budget, and were filtered to reach the exact same demographic.

Between both the Spanish and English video impressions a surprising 23% of people opted to watch the video. This statistic proved that Davis & Associates did have an audience responding to the use of animated video marketing.

A Decision Needed to be Made… Market in English or Spanish? 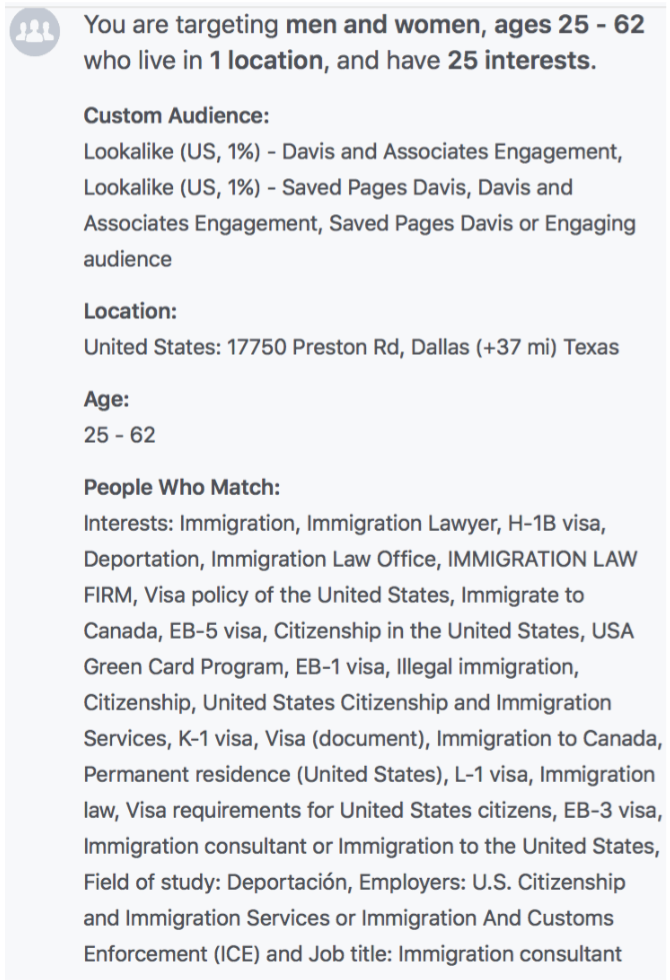 The plan had originally been to publish in English but to confirm if there was a Spanish speaking market for online animated videos, MarketCrest conducted an A/B-style test and tracked three specific metrics: number of impressions, cost per 1,000 impressions, and the relevancy score. 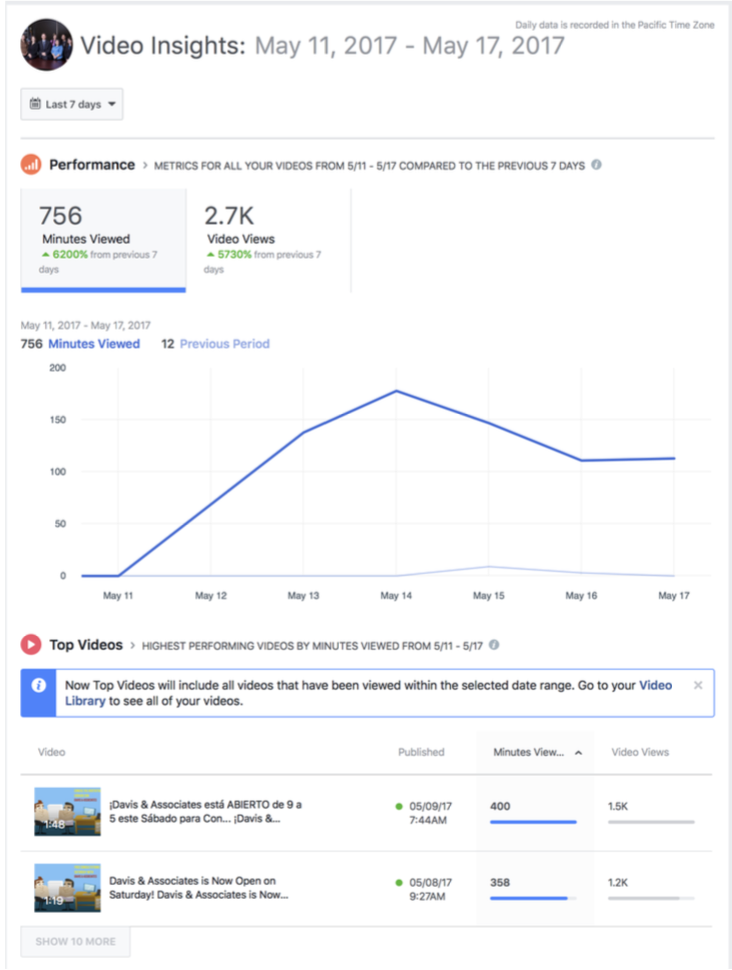 The Spanish video generated 151% more impressions than the English video at a cost that was 68% less.

In addition, the Spanish video’s relevancy score was 5 times higher than the English video.

This means the Spanish video gained more impressions at a lower cost and was more relevant to viewers than the English video was. Not what was expected!

Overall, MarketCrest and Davis & Associates found that video marketing was an effective way to reach their audience.

Also, it was decided that Spanish videos provided a better return of investment for the law firm since it generated more impressions, at a higher relevancy rate and a lower cost.

*all screenshots taken from mid campaign

We serve the clients across the U.S., UK, Mexico and Australia.