We Aren't Your Average Agency

Our firm has been built to support your revenue goals. We bring expertise, people and technology to fully attack your market and improve sales. Sales professionals and CEOs love the way we market because we are all about the revenue.

Tired of missing your revenue targets?  Tell us about your challenge. 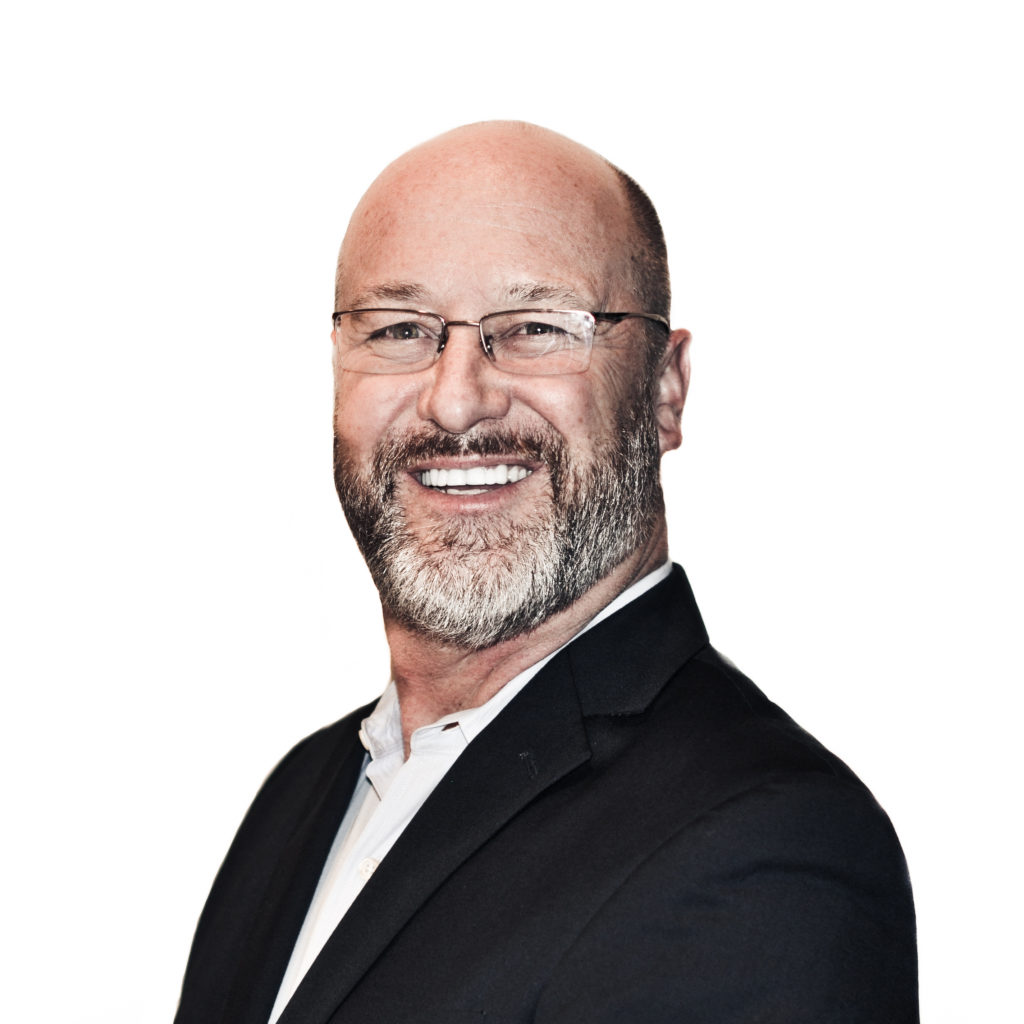 Scott owns our consulting practice and serves as interim/fractional CMO for several companies. In addition, he is a marketing mentor for startups and entrepreneurs at The Werx in McKinney. Prior to joining MarketCrest, Scott served as Chief Marketing & Sales Officer and a senior executive for several billion dollar corporations. 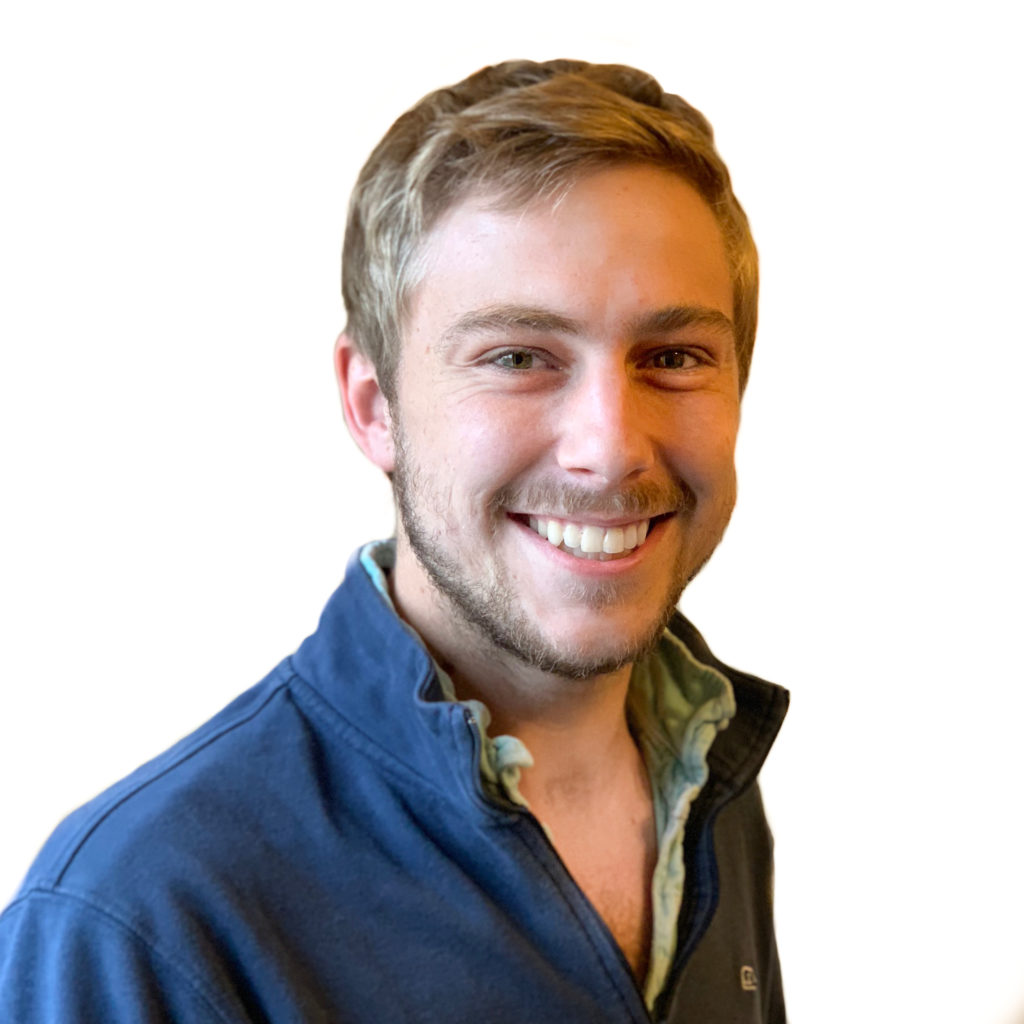 Hayden M. Smith, an advertising graduate from Texas Tech University, is responsible for promoting our clients’ original marketing content utilizing both onsite and offsite search engine tactics. He uses his natural ability to tackle complex issues quickly to perform website development, build business listings and secure quality blogger outreach. Hayden is crossed trained in all our services and operations and is an award-winning animated video producer.

Hayden is proficient in all things Google; the Adobe Creative Suite; SharpSpring, Powtoon and too many other solutions to count. He has earned multiple digital marketing certifications related to Inbound Marketing, SEO, and of course, Google. 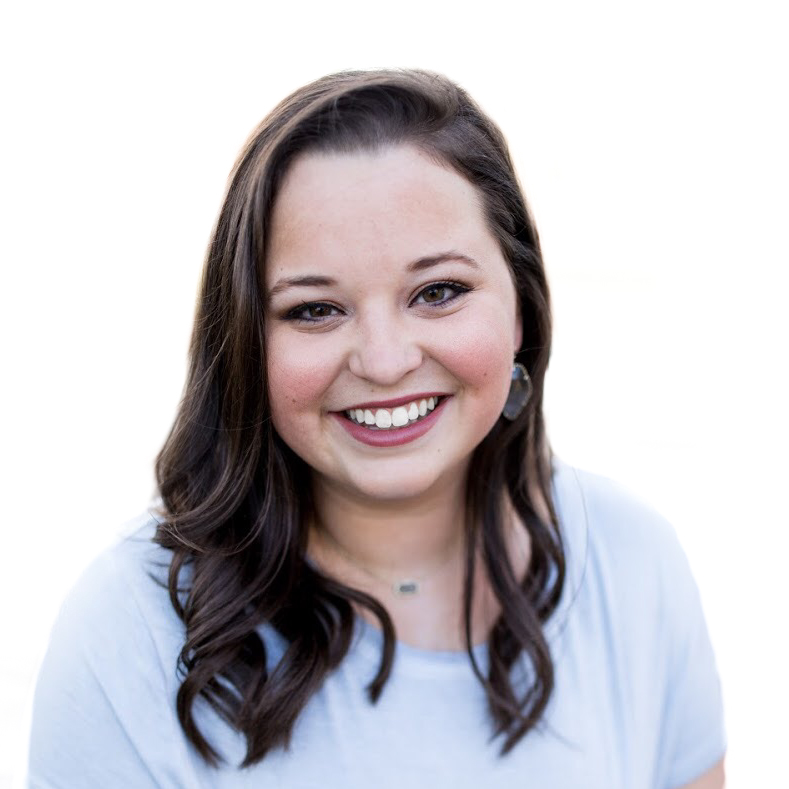 Gloria graduated from Oklahoma State University with a Bachelor of Science in Strategic Communication and a minor in Marketing. She is Hubspot Inbound Marketing, Hubspot Software, Google Analytics, MOZ Advanced SEO Tactics & Strategy and Codeacademy Basic HTML certified. Gloria was recognized as an Arts & Sciences Top Ten Senior at Oklahoma State for her dedication to volunteering and furthering her education outside of the classroom. 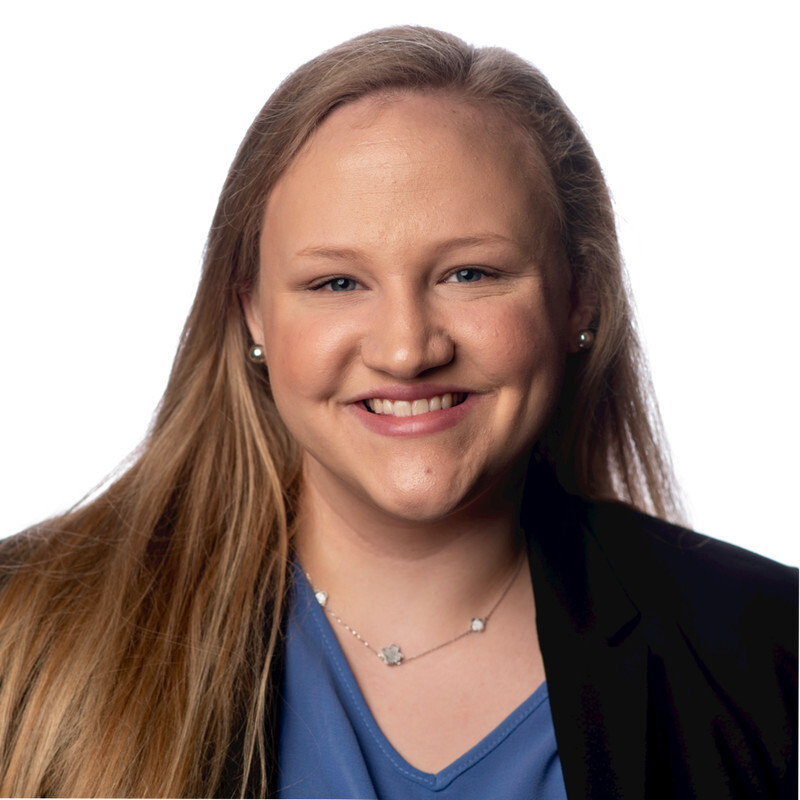 Lily is in charge of managing MarketCrest’s clients & actively partnering with them to achieve their goals. Using several analytic tools, she monitors the growth of client’s leads & presents these in an easy-to-understand way.

Lily is a graduate of Marquette University with a Bachelor of Arts in Public Relation and Corporate Communication. She is Hubspot Social Media Marketing, Inbound Marketing & Sales, Email Marketing, Digital Advertising & SEO certified. During her time in University, Lily held several leadership positions & was a member of PRSSA.

Kleine is MarketCrest’s one-stop-shop for all things creative. She is proficient in Adobe Suite, on-site production, and off-site editing in podcast, photo, audio, and video. Her goal is to create engaging content that can be used across your company’s webpages and social media that is both engaging and relevant.

Kleine graduated from the University of Kentucky with a Bachelor of Science in Digital Media and Design with a minor in Japanese. She has over 7 years of experience in graphic design, video editing, and working directly with clients to make their vision come to life. 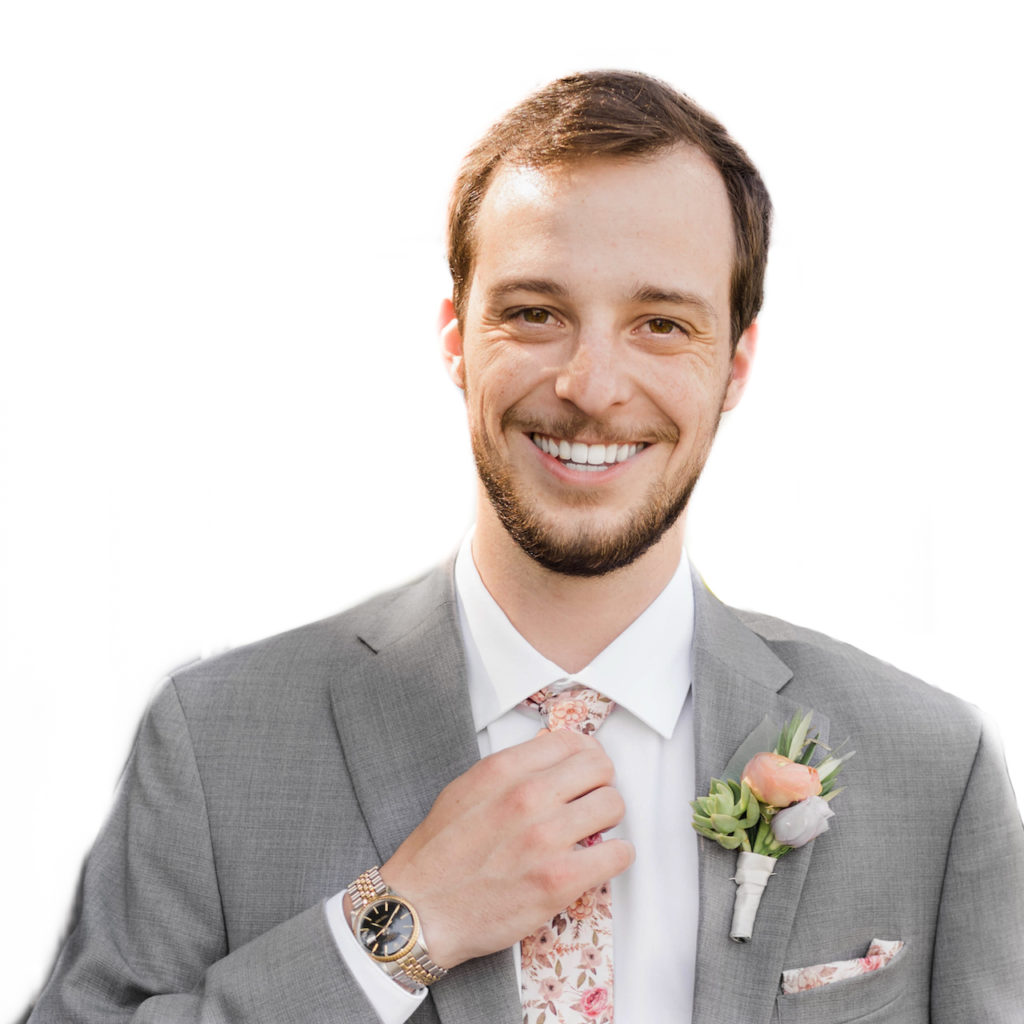 Matthew is in charge of business development, market research and client onboarding. Working with new and prospective partners, he ensures effective communication and transparency is maintained during the relationship.

Matthew graduated from the University of Arkansas and was hired full time after interning with the firm. He has experience managing Google My Business profiles, Social Media, Video Editing and SEO link building. He has multiple inbound and Google Certifications. 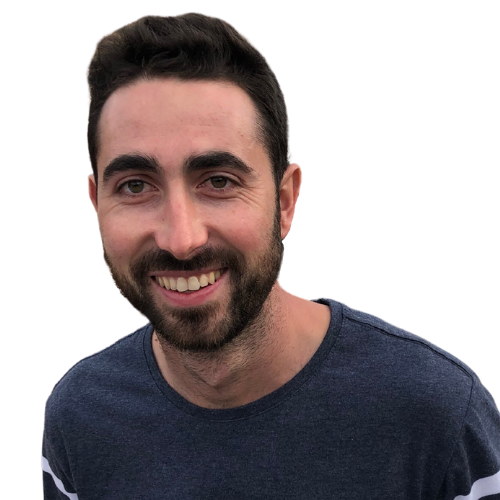 Lachlan collaborates with new and potential clients to achieve their sales and marketing goals through exceptional communication, coordination, and strategy. He is in charge of business development, market research and client onboarding for all of Australia.

There's Nothing More Important To Us Than Client Satisfaction

Check Out Our Client Testimonials
"Our partnership with MarketCrest began last year when we realized that our marketing firm we had partnered with previously lacked the capabilities and expertise that we needed. We began our partnership with a three-month consulting project developing marketing and sales plans. Upon completion of that project, it was clear that MarketCrest possessed the capabilities and expertise that we needed to pursue a longer term role and partnership between BR Williams and MarketCrest. One of the things I appreciate most about MarketCrest is the fact that they could do it all for us but seemed to have no preference as to what portion they handled. They even trained our marketing department on how to handle the facets of the marketing plan that we wanted to handle in-house but lacked the expertise to do so. That is a TRUE partner." 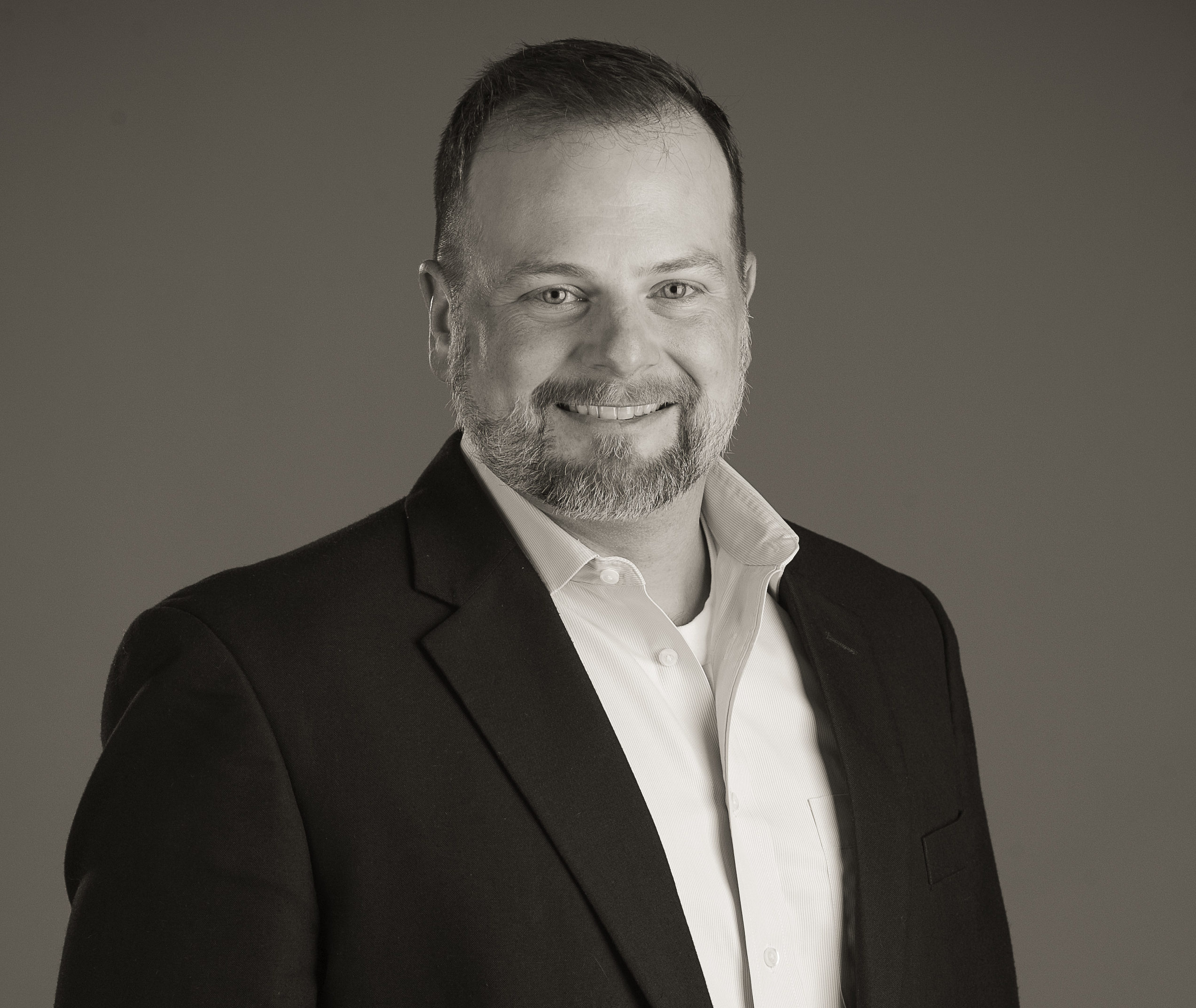 TK BardwellVP of Logistics, BR Williams
"Website traffic is up 177% year-over-year and 244% - 600% in our prime geographies. Combined with a 80% better conversion rate, we’re enjoying a break-out financial performance. We’ve expanded to keep up with demand and are expecting MarketCrest to continue the record-breaking results. When your business needs a game changer, hire MarketCrest." 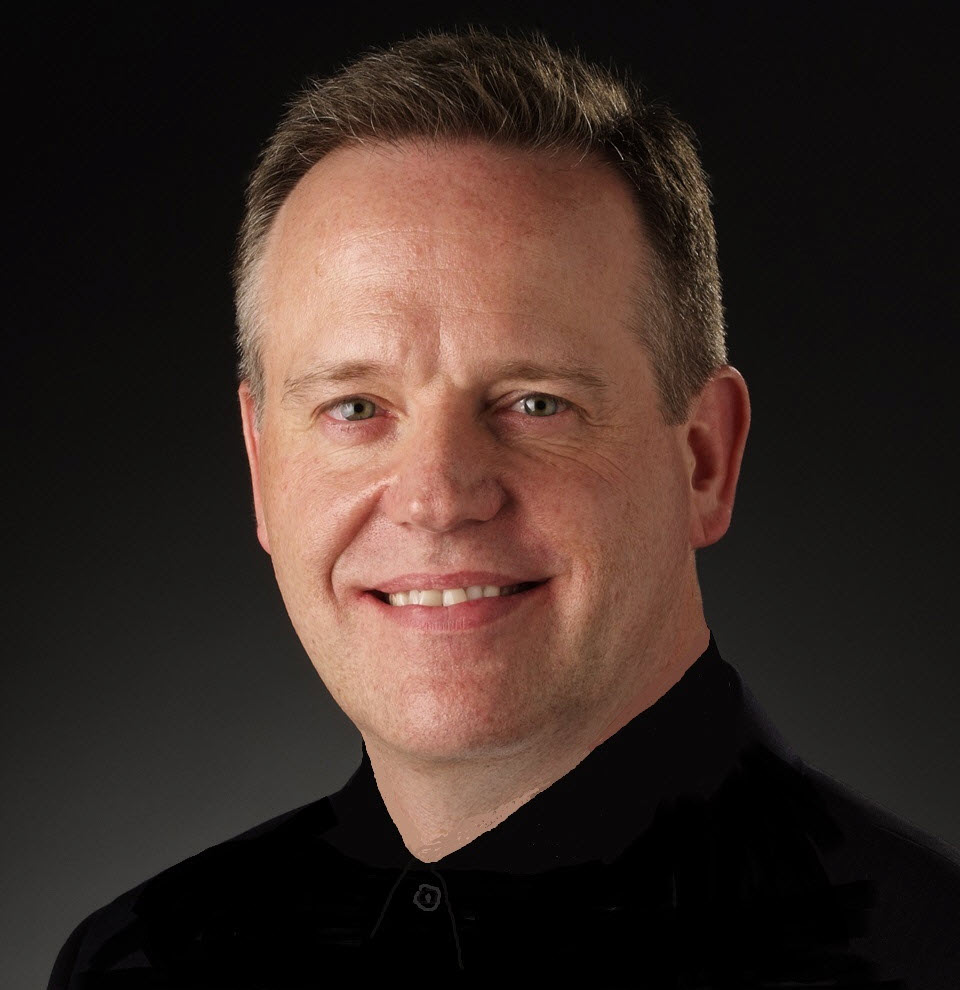 Randy HughesPresident, Elevated Roofing
"My company has been working with MarketCrest for 2 months and we have made more strides in marketing than we have in the first 57 years of business without them!" 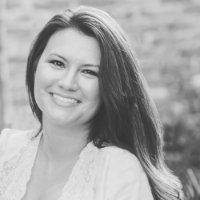 Misty SkinnerVP of Marketing, BR Williams
"We hired MarketCrest to provide creative, content and social media services. In the first week alone, the new social campaign increased page visits 181%, reach 24% and engagement 53%! We recommend MarketCrest to our friends, fellow ministers and small business owners."
Brandon BurdenAssociate Pastor, Kingdomlife
"I met Scott at a workshop discussing Social Media for Small Businesses. After a few minutes of his presentation, I knew he had the marketing expertise to help me. We had a Marketing Strategy Consulting Engagement that covered branding, website design and content marketing. We were able to focus on the exact actions needed to grow my company, not just marketing tactics. We started with my goals and focused on the specific items needed to achieve them. Scott has a wealth of marketing knowledge and provides huge value to business owners." 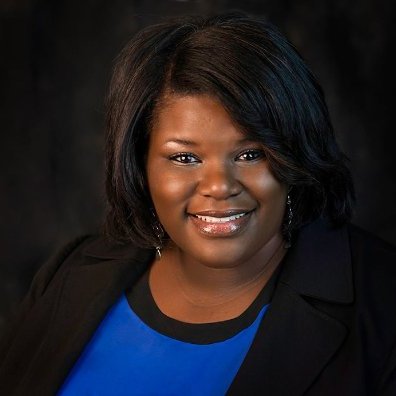 Stephanie CuningkinOwner Of STEPHANIE CUNINGKIN CPA PLLC.
"My company hired MarketCrest to provide sales coaching services during my onboarding process and first several months of work. They provided weekly 1on1 sales coaching that included call reviews, lessons learned and goal setting. They sat in on internal sales meetings to ensure I was meeting expectations and adding maximum value. We created selling tools to help make a quick impact such as custom email templates, phone call scripts for prospecting and questions for uncovering needs. I think they had a positive impact on my ability to contribute quickly and my confidence as a salesperson. If you get the opportunity to work with them, do it!" 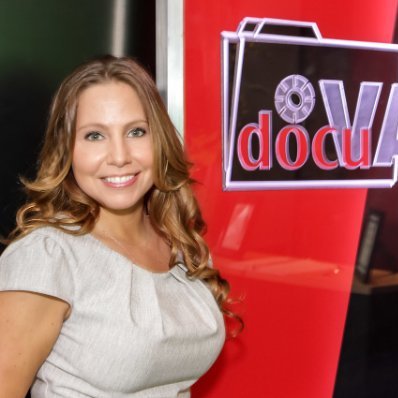 Alicia FicherBusiness Development, DDV
“It took less than 3 months to start onboarding new clients we wouldn’t have won without MarketCrest. They helped us with email marketing, social media, SEO & PPC strategy and launching Marketing Automation initiatives to attract and convert leads. We are excited about our growth thanks to MarketCrest." 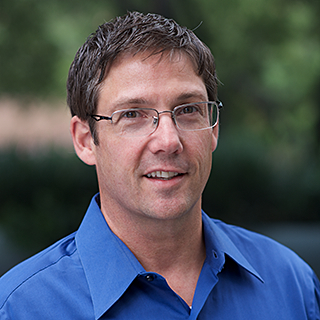 Bryce FinnertyCEO Hingepoint, LLC
“Our company was preparing to commercialize a major, new FDA-cleared medical device and was in need of a modern website that would represent the company well, highlight the new product’s features and benefits, and help convert visitors to leads. MarketCrest used a brand design and development process that started with a current state analysis and included our plans for differentiation in the marketplace. Using a multi-stage revision process, we honed in on the perfect website, logo and branding guidelines for the product launch. The experience was a good mix of strategy, incorporating our feedback plus timely deliverables and we are very proud of the results. MarketCrest was a joy to work with and we highly recommend them.” 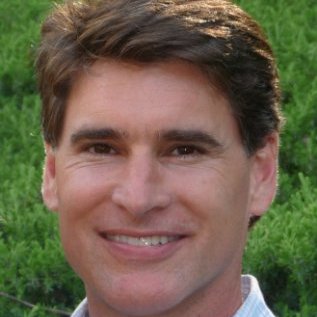 Chris YergerPresident Fort Defiance Industries
"Thank you for going above and beyond. You have provided expert counsel concerning my website, you have found an economical way for me to edit prior radio podcasts for posting and sharing, and you remain the shining example of the “Giver’s Gain” philosophy. As a small business owner, it’s important that every dollar be invested wisely. You have paid dividends before I even invested my first dollar. I am a raving fan of MarketCrest, and more importantly of your expert services. Your fan for life" 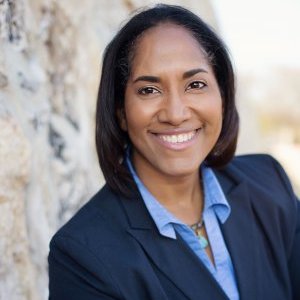 Rosalie Taylor-RobinsonPresident & Owner Consilium Human Capital
"We sought the expertise of Scott and Ben, at MarketCrest, on a difficult project with a complex message that sorely needed marketing and creative expertise. They provided much-needed insight on how to accomplish direct marketing conversions in a difficult environment. Ben created multiple approaches for the campaign and Scott helped us with tools to manage the project. We even included them on conference calls and in-person meetings with key partners, and they played a critical role helping us craft and then promote the campaign." 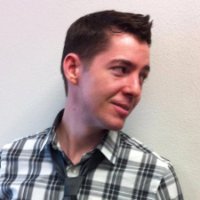 Jonathan BoarmanWeb Systems Manager, DCS Information Systems
"We needed to re-energize our sales and marketing efforts and MarketCrest was invaluable. As part of our overall strategy, we freshened our brand and website; provided the sales team with updated tools; improved our sales process; tweaked our territory coverage model; customized our CRM system and identified merger & acquisition targets. Our team has worked with Ben, Scott and Carl to implement all of these initiatives. We like that MarketCrest is able to strategize with us and also roll up their sleeves and execute on that strategy." 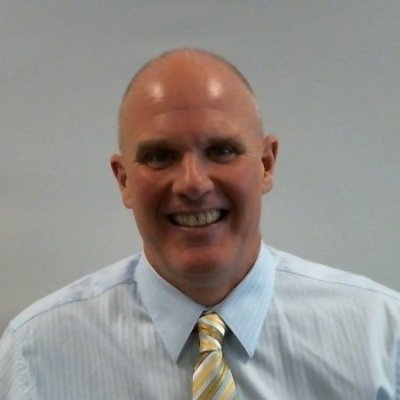 Stephen FloodCEO, FCL Graphics
"I have worked with many managers and executives and it is rare to find an executive who understands what customers need, and what the field sales force needs. Scott is one of those that can do both…He is what most companies need in today's competitive marketplace." 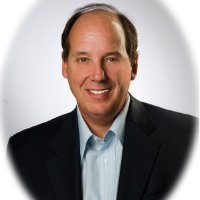 Dan WelborneCEO, Trend Brand Solutions
"There was such an ease working with MarketCrest. They listen, give their recommendations, and then create an excellent product. The team is very efficient and they are great about keeping you informed on their progress. I highly recommend MarketCrest!" 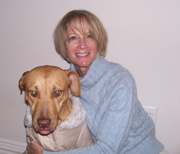 We serve the clients across the U.S., UK, Mexico and Australia.